Mary was supposed to marry the heir, the late Patrick Crawley, but his death has freed her to move on. She believes her own prospects have changed for the better, and now she angles to catch the young Duke of Crowborough. Her sister, Edith, was in love with Patrick and seethes with resentment towards Mary. The Duke arrives at Downton, ostensibly to present his condolences, but after dinner he requests an interview with Robert, presumably to ask for Mary’s hand.

But when he learns that Robert is not intending to challenge the entail he withdraws his offer, without ever in fact making it. It was Thomas who brought the Duke to Downton, luring him with the prospect of the Grantham money. He and Thomas shared a summer dalliance and Thomas intends to use this to further his own career, blackmailing the Duke with his own letters if he has to. However, the Duke is one step ahead of Thomas who can only watch as the incriminating pages go up in flames.

Meanwhile, Robert informs Bates that his disability is interfering with his work and he will have to go. Bates seems to take the news well, but the Head Housemaid, Anna, hears him crying in his room. However, as Crowborough leaves Robert finds himself unable to let Bates down in this way, and to the amazement of Cora and the servants he asks the valet to stay.

Mary’s fury is matched by Cora’s surprise when they realise Robert has made up his mind and will not challenge the entail. He has discovered the identity of his new heir, a distant cousin, and intends to write to the young man and invite him to Downton.
以下内容有剧透，点击[更多]继续查看... → 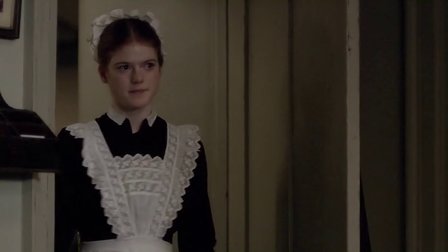