“ I'll be sorry if he means to revive the ways of his grandpapa, winking at every beauty in an opera box! ”
—Lord Grantham on the prince's affair with Mrs Dudley Ward.[来源]

Edward was born during the reign of his great-grandmother, Queen Victoria. When he was christened, he was given the name Albert at Victoria's bequest, while his last four names were given to him in tribute to the patron saints of England, Ireland, Scotland, and Wales. His family and closest friends always called him David. His name Edward was in honor of a late uncle, and Christian in honor of his great-grandfather, a king of Denmark.

During the reign of his grandfather Edward VII, he held the dukedoms of Cornwall and Rothesay; his father was Prince of Wales. He was named Prince of Wales on his sixteenth birthday, nine weeks after his own father had been crowned king. He became King Edward VIII of the United Kingdom and the Dominions of the British Commonwealth, and Emperor of India, from 20 January 1936 until his abdication on 11 December 1936.

He represented his father abroad, embarking on many tours throughout the Empire. However, he held a lack of appreciation for tradition and convention, and was a notorious and reckless womanizer.

He served in the navy for a time, and was fluent in German.

The Prince is introduced to Rose, who has come up with her Crawley relatives for her debut to society. The prince had met her father while he was on tour in India.

Terence Sampson steals a letter from the handbag of Freda Dudley Ward at the Embassy which threatens to expose the affair between her and the Prince of Wales.

Though the letter is recovered and a scandal avoided, Mary (who earlier could not help but think that the prince brought the trouble down on his own head) believes that it will not be the last time he conducts himself in that manner. 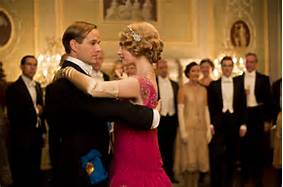 He later attends a party at Grantham House, much to the surprise of his hosts. He dances with Rose. Joseph Molesley remarked to Phyllis Baxter how exciting it was to see the prince close up. She told him they could watch him from the basement steps when he left.